Jake and The Milk Cow

A long time ago in a land far, far away (but curiously much like our own), there was a boy named Jake.

The only thing Jake had of value was a magic bean.

"One of these days," Jake would tell his mother, "I'm going to plant that bean, water it, and watch it grow tall to the sky. And who knows what good luck that will bring us?"

Jake's mother thought it a silly dream, not very practical, but since dreams didn't cost anything, she let him keep it.

Jake kept the magic bean in his pocket. He got it out sometimes, rolled it around in his hands, thumped it into the air and caught it, but he never got around to planting it. Oh, he talked about doing it, but he never did.

One morning, after eating a bowl of thin gruel that didn't quite ease their hunger pains, Jake's mother said, "Boy, I want you to go to town and buy us a milk cow so we can have milk and cheese."

"Then sell that magic bean you're always talking about," she said. "Surely a magic bean is worth a milk cow."

"But Ma, one of these days I'm going to plant that bean, and it's going to grow to the sky, and I'm going to climb it into the clouds, and if there's a giant up there, I'm going to steal all his food and gold, and we'll never have to worry about starving or being poor ever again."

Back in those days, a boy didn't argue much with his mother, so with a heavy heart he travelled into town and did the practical thing: he traded his magic bean for a milk cow.

Jake and his mother were still poor, but at least they had milk and cheese with their gruel and they never starved.

As for the bean?

I'm sure the old farmer who traded his cow for Jake's magic bean never believed his wife was strong enough to throw a cast iron skillet so accurately.


MORAL: Some dreams don't seem practical but could grow to the sky if planted and nurtured.
at January 14, 2016 No comments:
Email ThisBlogThis!Share to TwitterShare to FacebookShare to Pinterest
Labels: The Farr Place

My old grandpa would say... 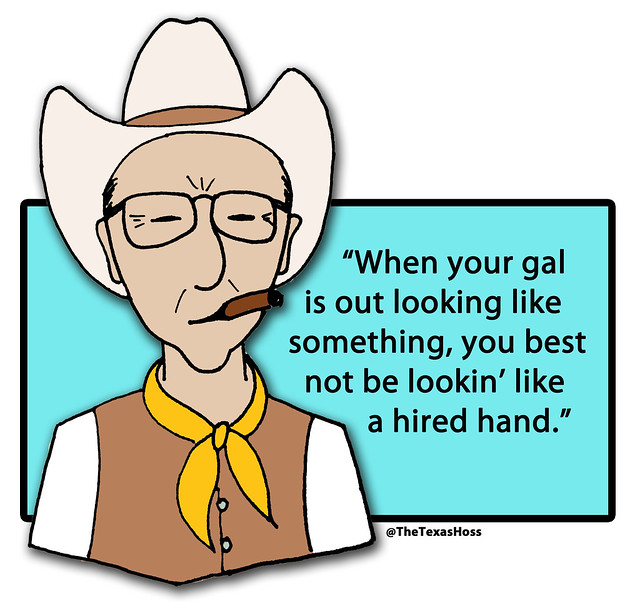 at January 12, 2016 No comments:
Email ThisBlogThis!Share to TwitterShare to FacebookShare to Pinterest
Labels: Cartoons

May be chilly out
but no Jack Frost can keep me
from a root beer float.
at January 10, 2016 1 comment:
Email ThisBlogThis!Share to TwitterShare to FacebookShare to Pinterest
Labels: Poetry n' Stuff

My baby girl and I went on our first hike of 2016 to Dinosaur Valley State Park near Glen Rose, Texas. Unfortunately, the river was too high for us to see any dinosaur tracks.

But we still had a good time. 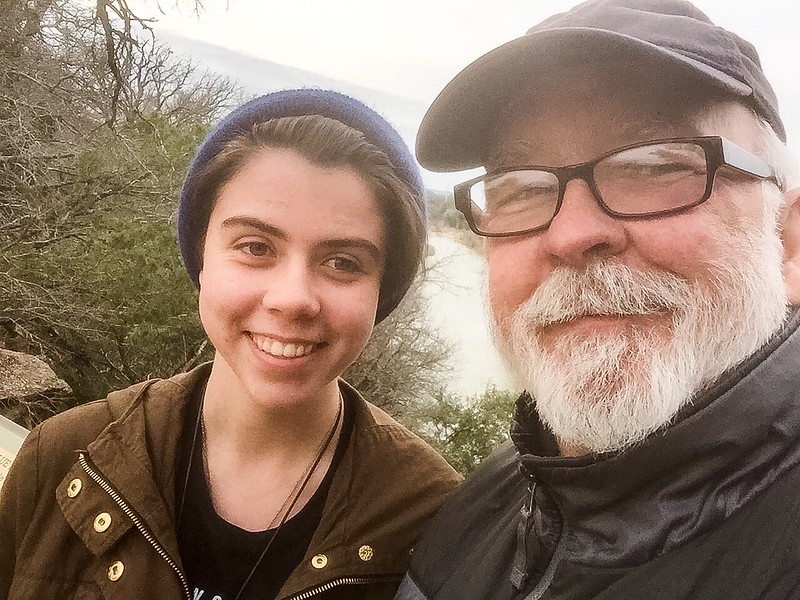 at January 09, 2016 No comments:
Email ThisBlogThis!Share to TwitterShare to FacebookShare to Pinterest
Labels: The Great Outdoors 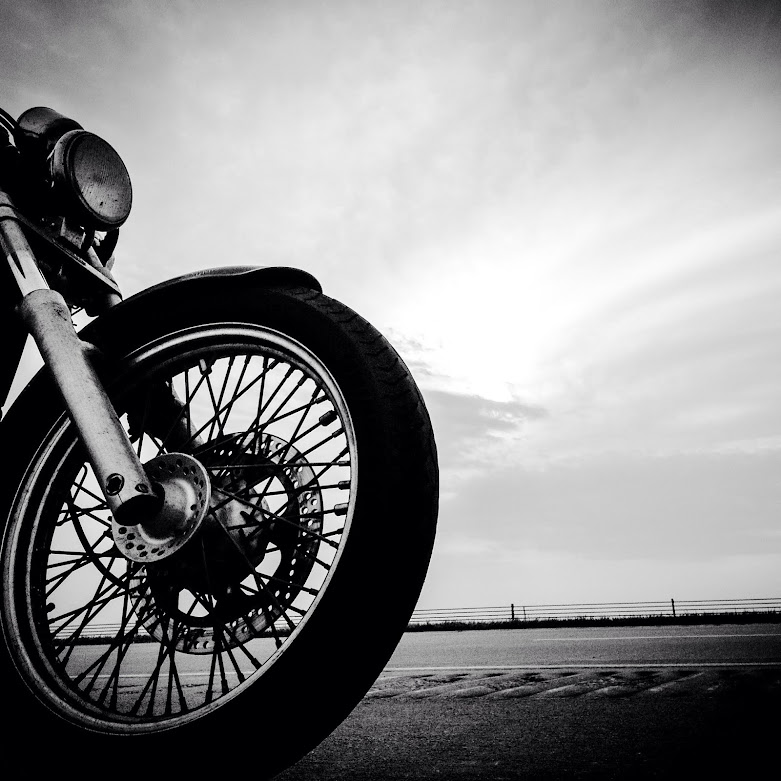 We love our cellphones, can’t live without Internet, FaceChat, Netflix, and big screen TV sets. Excuse us while we check our Snap-a-Grams again, and update our personal profiles for all our less-than-personal TweetBook friends.

“But wait! Why don’t we do something different tonight? Something that doesn’t involve screens, messaging, or ‘checking in’ at local restaurants we frequent just because they offer free WiFi?”

Hmmmmm. What did you have in mind?

We talk all the time, through texting, the most. Have you ever thought about updating your InnerTube Channel with a video post?

“No. I mean face-to-face talk. About anything – the future, politics. About sharing special memories, like what kind of books are important to us, or cars we used to drive when we were younger, when calling home cost only a dime at any phone booth scattered across town.”

Cars, you say? Well, I remember I was in luck that you really liked my red Chevy Luv pickup truck. And you drove a Rambler, vintage and white. Looking somewhat like an old Mercedes Benz, if I remember right.

“You do! And do you also remember I drove that thing until it was falling apart? My father would fix it and fix it – sometimes with actual car parts and sometimes with baling wire – until it could be fixed no more. And then he bought me a Honda Civic, stick shift and clutch, that I had a hard time learning to drive. Until you taught me.”

That’s right. And the only reason I was good at stick shift was because I learned at night – driving a Ford F-150 in the middle of the school parking lot. My dad showed me how. I really made that thing buck a lot.

“Really? I thought the only pickup truck you drove was that little Chevy Luv.”

You learn something new, each and every day. But soon that old Ford was passed down to my brother, and gave way to a car I can barely remember. What kind it was, I can’t say. All I know is it was yellow with an engine that made it go a little too fast. It was probably because of that one small detail, it didn’t long last.

“Before the Rambler, I learned to drive a 1978 Chevrolet Caprice Classic. But the car I loved the most was my family’s 1957 blue and white Chevy Bel Air. To this day I can still remember what it felt like – what it smelled like – to be inside that car. Good memories, for sure.”

Good memories, for sure.

“And after the yellow car that I guess your parents thought was a wee bit too ‘lively’ for you, what did that lead to?”

A white Buick Regal, two-door, with a moon roof. Unfortunately, I don’t have photos of it, so I can show you no proof. But that was the car that turned into the Luv – the vehicle I was driving when we became friends, then fell in love.

“After that was another Honda Civic, a Renault, a Peugeot, a Dodge minivan for the family, and away we did go. Followed by a Neon, a Cavalier and a Jeep for our girl. Then you bought a motorcycle and went on a whirl around the country, leaving me to drive that horrific Chrysler dry-heave thing. And now we own Toyotas. I wonder what tomorrow will bring?”

There’s no telling. But maybe we can do this again – turn off the electronics and talk about stuff. Maybe trips we can go on, or the history of forks and spoons. Maybe even decorative dishes.

“Oh, you smooth talker. That sounds really great. Tomorrow, it is. We’ll make it a date.”

at January 07, 2016 No comments:
Email ThisBlogThis!Share to TwitterShare to FacebookShare to Pinterest

I guess I never really knew my father.

Yes, I knew where he grew up, I knew he'd been in the Navy, but a lot of other things that I should've known about him, I just didn't.

For instance: back in the late 50s, my dad was at a drive-in restaurant with some of his friends -- boys and girls mingling about, laughing, having a good time -- when he spied a young lady sitting alone in her car.

He got up the nerve, walked over to her, and the very first words that came out of his mouth were:

"You sure are stuck up."

One thing leads to another, he buys her a shake, takes her out for a few rounds of Putt-Putt, then BAM! -- 57 years of marriage.

I never knew he was a guy who could use a lousy pickup line, and actually make it work.

He was also a big teaser, but everybody knew that.

I have memories of him taking us to restaurants, and when the bill came, he would reach into his pocket, and with a shocked look on his face, he'd say, "Oh no. I forgot my wallet. I guess you boys are gonna have to do some dishes."

I don't know about my brother, but my heart was beating 90 miles per hour.

But just at the last moment, he'd pull out his wallet and say, "Oh, here it is. I guess you boys got lucky this time."

He even pulled that trick on us when we were kids.

I knew my father loved to play Santa Claus, and games like 42 and Chicken-Foot, but I never knew he was The Monopoly Man.

Now, if you don't mind, and even if you do, I want you to take out your phones and Google Monopoly Man. Look for an image. I'll wait.

My father, The Monopoly Man, Santa Claus, a Navy veteran, a big teaser, someone who loved to travel, make wooden toys, fish, play golf, go bowling, watch movies, grill hamburgers, read Westerns, go to church, a hard worker, a good listener, kind, gentle, loving, caring, funny, a man who always had a smile on his face, and a lover of cappuccinos and root beer floats.

I didn't know my father well.

But I knew enough.
at January 03, 2016 No comments:
Email ThisBlogThis!Share to TwitterShare to FacebookShare to Pinterest
Labels: The Farr Place
Newer Posts Older Posts Home
Subscribe to: Posts (Atom)