Welcome to another exciting episode of “Journey Into The Realm of the Purely Disgusting But You’ll Watch Anyway Because Secretly You Enjoy Watching Stuff That’s Purely Disgusting.” Sponsored in part by National GeeHowNauseating Magazine, your window into the world around you.

(Cue Theme Music – which sounds an awful lot like the Jacques Cousteau theme, but couldn’t be because we didn’t pay any royalties to use it. Besides, we don’t even know what royalties are.)

On today’s episode, we’ll take you where no human being has ever wanted to go before – (trumpet fanfare) – into the mind of a typical North American student during his final hours of summer break before heading back to school. And here’s your host now – Mr. Adventure Guy!

Howdy, and welcome to our show. Today we’re going to travel into the mind of Little Johnny, a typical student on his last hours of summer break. And how are we going to get in there, you ask? Through his nose, of course. 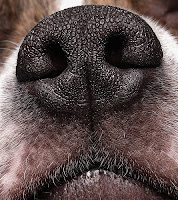 Yessirree! It looks like Little Johnny is suffering from summer allergies, so we’ll just fly around the hanging mucous, past the post-nasal drip, up through the nasal cavity, and right into – there it is, so hold on tight, it’s going to be a rough landing – right into Little Johnny’s frontal lobe.

(Cue suspenseful music, but make sure it’s not too loud. Our ratings will skyrocket if the audience gets a little queasy hearing the disgusting “squishy” parts.)

Now, as you can see we’re deep inside Little Johnny’s frontal lobe. And to understand just exactly what’s happening in his little brain, we’re going to hack into his Main Neural Network and unobtrusively observe what’s going on – which used to be unconstitutional but is now protected under the Patriot Act.

“Only a few more days of freedom and my parents want me to make sure I have everything ready for school. What are they thinking of? I want to play video games to get my mind off of having to go back. Don’t they know I’m worried about my shoes and my lunch box? Yeah, I think they’re cool, but what if the other guys don’t? I’ll be labeled as a loser and end up on some street corner selling uncool shoes and lunch boxes for a living.

“I hope I get Mrs. Blanchard for homeroom – she’s nice. And I hope my best friend Axel is in there. But if Bobby bothers me again this year, I swear I’m going to serve him a knuckle sandwich. And if I get sent to alternative school, and the other students teach me how to break into safes, and I get caught robbing a video store with a water gun, and get sent to prison for life – well, it’ll be worth it knowing Bobby has to gum his food until the day he dies. “Oh, there are just too many things to think about — so I’m not going to think about any of them. Instead, I’m going to have me a big bowl of Rocky Road ice cream. I hope it won’t make me too fat. Am I too fat? Because I know what the others will say if I come back to school looking like a 2-ton tractor trailer with ‘Wide Load’ on the back. They’ll look at me as if I’m naked, and ... wait a minute, didn’t I have a dream about that once?

Okay folks, we’re going to cut the transmission here because Little Johnny is overloading our system. And besides, I can’t take anymore of his streaming insecurities – it just brings back too many bad memories.

Well, that’s it for today. Join us next time when we show you how to make a quilt with ear wax and belly button lint, all on “Journey Into The Realm of the Purely Disgusting But You’ll Watch Anyway Because Secretly You Enjoy Watching Stuff That’s Purely Disgusting.” I’m your host Mr. Adventure Guy, and that’s a wrap!