Harry Potter and the Tricky Daughter

She tricked me. My little girl put her arm around my shoulder and said, “Want to take me to a movie? It has a lot of action, violence and mayhem.”

Action, violence and mayhem. Those are the three “buzzwords” that will get me going practically anywhere. And she knows it and used it against me. 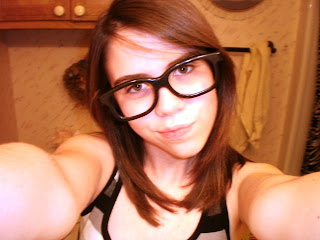 “And is it okay if one of my friends comes along?” she asked. “She likes action, violence and mayhem, too. I think you’ll like her.”

Holy cow. Any friend of my daughter’s who loves action, violence and mayhem can’t be too bad. But again, my daughter tricked me.

“And what movie shall we be seeing, may I ask?”

My daughter shifted her weight from one foot to the next. She looked down at the ground and kicked at an imaginary dirt clod. Then she looked up with a pair of sad, puppy dog eyes and said, “Harry Potter and the Deathly Hallows.”

No way! No how! Not in this lifetime! If I die without ever seeing another “Harry Potter” movie, I will think my life well blessed. Get your mother to go. Have some mother-daughter bonding time. You two practically don’t know each other. I’m sorry, what’s your name again?

“But dear, I took her to see ‘Twilight’ because you said there was no way, no how, not-ever-in-this-lifetime way you’d ever go see that movie, and don’t you think it’s your turn for some father-daughter bonding? She’s growing up and some day she won’t even ask you to go to the movies with her. She’ll just go by herself.”

That was my wife. She knows how to plan a heavy guilt trip – and I always buy the ticket.

So, I went to go see “Harry Potter.” I went with my daughter and her friend. They were giggly before the movie started. I kept shushing them to be quiet which only made them giggle more. I called my wife.

“Okay, so we’re here at the theater, they’re giggling, and I think this would be a great time for us to do a little tag-team switch. You know, like in wrestling. The first wrestler’s had enough, he needs to get out of the ring, and he tags in his partner to finish the fight. What do you say?”

I can’t print what my wife said. So, I watched the movie.

Now, I will admit that I’ve read the first couple of “Harry Potter” books, and I’m pretty sure that I’ve seen the first two movies. But somewhere along the way I got bored with the storyline, and just couldn’t take anymore of the whole witch and warlock thing. I mean, it was nothing like “Bewitched.”

Now, there was a witch for you. Samantha Stevens. I just loved the way she twitched her nose. And Endora, her mother, always making it quite clear that she didn’t approve of her little girl marrying a ... what do they call it in the Potter show? A muggle.

Did Harry ever twitch his nose? Absolutely not one single time. But then again, “Bewitched” never had as much action, violence and mayhem.

The girls stopped giggling when the movie began. In fact, I don’t remember hearing a peep from anyone in the theater (and it was crowded, I kid you not), not a peep through the entire show. And, believe it or not (because I certainly can’t), I sat there and actually enjoyed it myself.

Since I hadn’t followed along with all the books or movies, I didn’t quite understand all the references that were made; I didn’t quite understand who was who or what was what, but that didn’t matter. There was action. Lots of it. There was violence. Good vs. evil. And there was enough mayhem to make you want to jump out of your seat and throw a hex, or at least some popcorn, at the characters who were getting away with it all.

Like I said, my daughter tricked me. She knew I really didn’t want to go see this movie, but she knew I’d probably like it. And not only that, because of her trickery, I now want to read the entire series of books, maybe even watch the movies, so I can better understand what’s going on when “Deathly Hallows Part II” comes out.

That’s right, she tricked me good. Bravo, Rebecca!
at November 28, 2010
Email ThisBlogThis!Share to TwitterShare to FacebookShare to Pinterest
Labels: My Two Cents