The other day I did a search for "how did the pioneers live without social media?" and Google really didn't give me a lot of help.

And then I researched "pioneer life" and learned those poor souls who traveled west young man really did quite well without social media.

... and never took ONE selfie!

LOTS of things to do out on the prairie: seeing the country, meeting new friends, going new places.

I could give up using social media with a snap...

... but Lyle Lovett follows me on Twitter and I don't want to let him down. 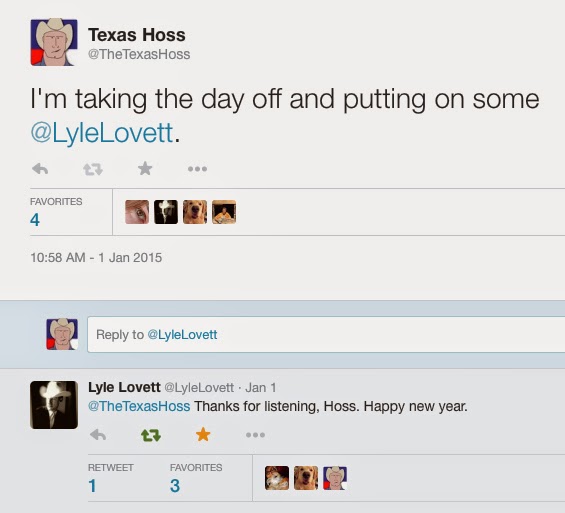 at January 20, 2015
Email ThisBlogThis!Share to TwitterShare to FacebookShare to Pinterest
Labels: My Two Cents