Week One -- The Texas Shakedown

Sit down, pardner, and let me tell you a tale.

Last Monday, 1 June 2015, I waved goodbye to family and friends and headed down the long trail to Corpus Christie, Texas, to begin a motorcycle adventure that would see me "Chasing America."

(All adventures have to have names. It's a rule.)

Well, 424 miles later, after a hard day's ride and long hours of dreaming about cool breezes and sandy beaches, I stepped onto Mustang Island and began sucking down every variety of mosquito known to man, and woman.

"You did take bug spray with you, didn't you?" I hear you ask, but not really, cuz that would be creepy.

The eco-organic spray that boasts of not having one drop of DEET.

The spray that those darn pesky buggers sucked down like beer.

And then brought over their friends who wanted to enjoy the party.

Thus was the beginning of my trip. 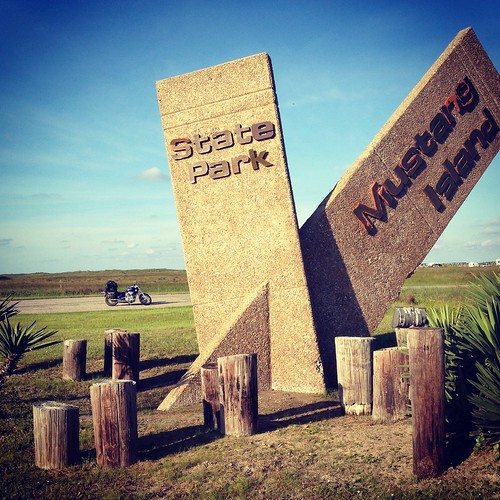 I call it The Texas Shakedown because I spent six days figuring out what worked and what needed a bit of refinement.

Tennis shoes are too big to fit in the waterproof bag. Maybe sandals or slippers.

Way too many power cords.

Bring a cigarette lighter instead of matches.

After leaving Corpus, I headed north to the Hill Country and rode "The Three Sisters", three county roads with more twists and turns than mystery novel. It's my first iconic ride of this trip. 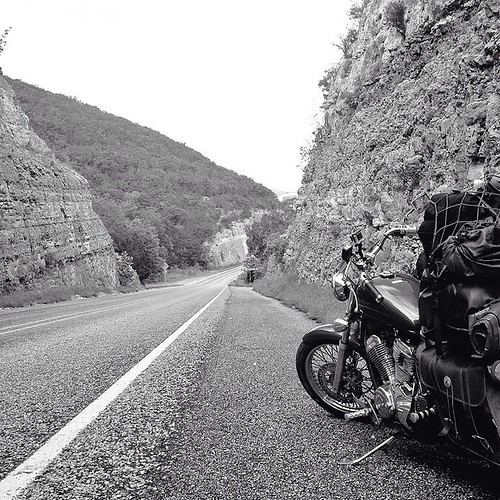 Next, Laredo's Lake Casa Blanca International State park; then Davis Mountains State Park; a hotel in San Saba; Copper Breaks State Park near Wichita Falls; Paris to see the cowboy hat-adorned Eiffel Tower, and then finally home to shake everything down, fix everything up, mow the yard, take out the trash, have the cars worked on, and fix a few meals before heading out to:

I have an album of all the photographs I've taken so far over on Flickr.
at June 08, 2015
Email ThisBlogThis!Share to TwitterShare to FacebookShare to Pinterest
Labels: Chasing America, Motorcycling