It's time to go home

I met a woman today named Spring. She was standing outside a gas station in Gillette, Wyoming, playing a penny whistle for food money. I heard her playing Down By The Sally Garden, so I gave her some money. Looking back, I should've given her more.

Spring is hiking from New York to California. She sleeps in a tent every night. She asked me if I also slept in a tent, and I told her sometimes I sleep in a hotel. She said I was rich.

I guess I am rich. Rich in family, rich in friends, rich in not having to worry about having enough food to eat. Rich in being able to travel for a little bit, chase down America, grab it by its collar and shake some goodness out of it.

But now it's time to go home. Maybe a bit early, with miles and miles left undone, but it's okay -- I've found what I'm looking for.

Found it in the places I've stayed, in the new friends I've met, in the people who waved or waved back, who laughed, who helped, who told me their story or listened to mine.

Found it in the woman who worked at McDonald's and was flirting with the elderly gentleman; the kilt-wearing bearded man at the rest stop who had a beautiful dog that everyone was petting; the hotel clerk who told me I'd better go get my Subway sandwich before her son got there because it was his first day on the job; the "real" bikers who paid me no mind; the young man who wished he could ride; the newlyweds; the strawberry pickers; the gas station attendants; the thousands of drivers who never tried to run me off the road.

I asked Spring to sign my bike so I'd remember her. She took my picture so she'd remember me. We wished each other a safe journey and hugged. I could hear her playing her music as I was riding away.

Riding away for home. 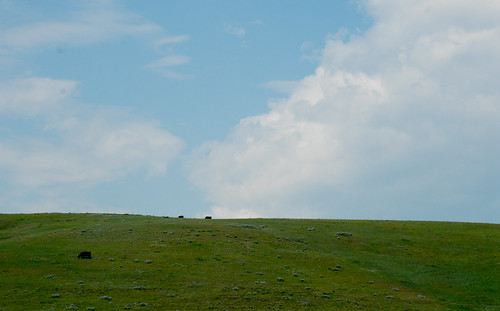