Nobody knows who tomorrow will bring

I can just hear the questions now:

"You went to New York City and you didn't go to the top of the Empire State Building?"

"You didn't take a photo of The Statue of Liberty or the new World Trade Center?"

"You didn't even go to Times Square or Central Park or Coney Island or Radio City Music Hall or..."

Nah, non, nein and how many times do I have to tell you? Uh-uh!

I met people and made new friends along the way like... 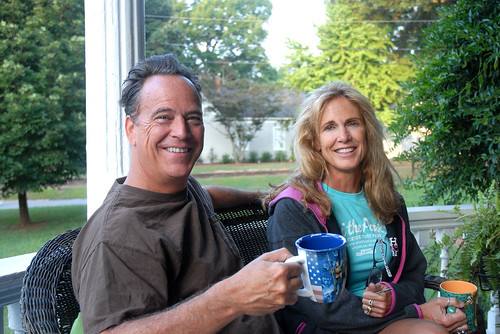 ...Jamie and John who gave me a place to sleep in Madison, GA.

Jamie walked me around the town showing off the wonderful antebellum homes. We had only met through the internet and through our column writing, but we talked about our children, our pets, future writing projects and gardening. How can a photograph of Central Park be better than that?

They put me in a great position to reconnect with former classmates like... 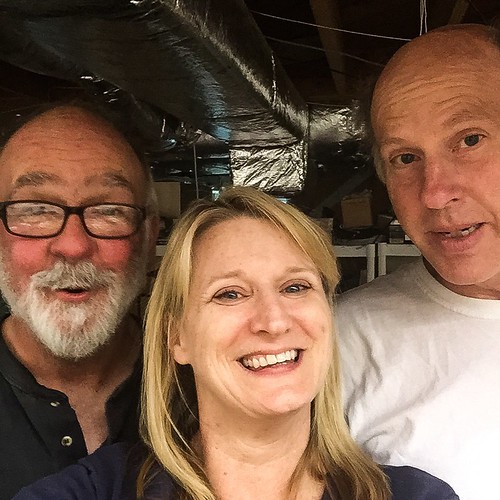 ...Beth and her husband Tony who live in Powhatan, VA.

She was in choir, I was in band. We knew each other, but on a very superficial, high school level. Lucky for us, the internet and Facebook let us reconnect in a more meaningful way, enough so that they gave me a place to stay for the night. We chatted about music and guitars and motorcycles and kids, and it was great for both of us to discover what had become of the other. How can going to Coney Island compare with that?

They made it easy for me to make my way to Livingston, NJ to see... 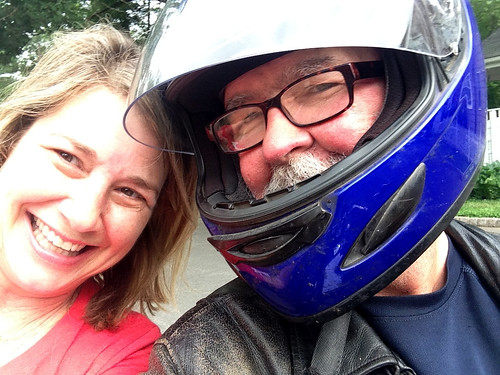 Darla and I were in high school band together. We've kept up through Facebook, but we hadn't seen each other "for real" for 30 years. They gave me a place to sleep, let me tell my stories and take photos of their cat, and then on the morning I left, they gave me some snack bars for my journey as well as... 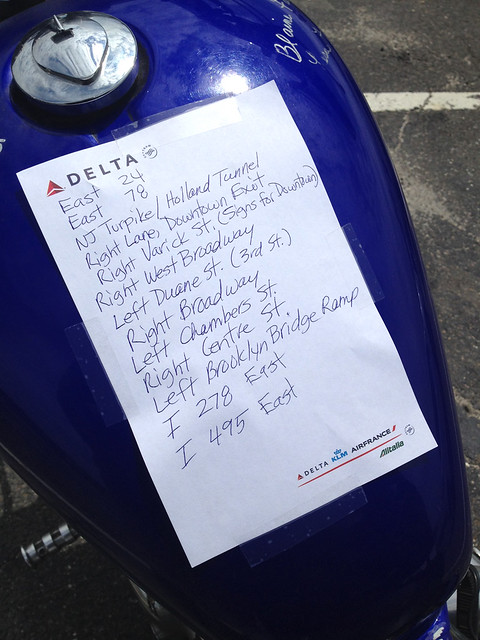 ... a cheat sheet to make it through downtown New York City.

And I know what you're thinking: "You've never been to New York and you rode a motorcycle right through downtown? Are you crazy? Do you have a death wish?"

Ah, it was super easy with Darla's cheat sheet. Although I did have to look down a couple of times to read it when I should have been looking straight ahead, but it's all good. I made it. And this was my route... 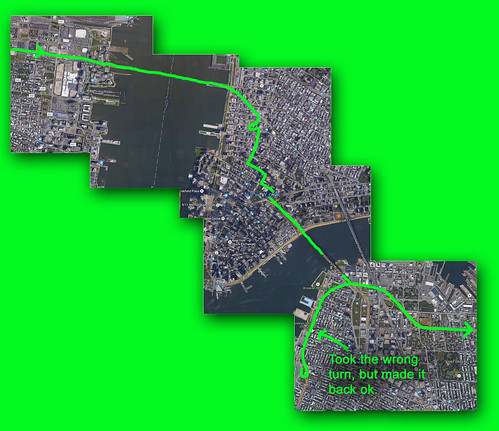 And to be honest, I did see the Statue of Liberty. I was in traffic. I looked over my right shoulder to see if I could catch of glimpse of her, and I did. But knowing that I'd come a long way and probably would never have this chance again, I glanced over my shoulder one more time to make sure she was really there, and thought it sufficient.

After braving New York City, I headed across Long Island for Port Jefferson and to meet... 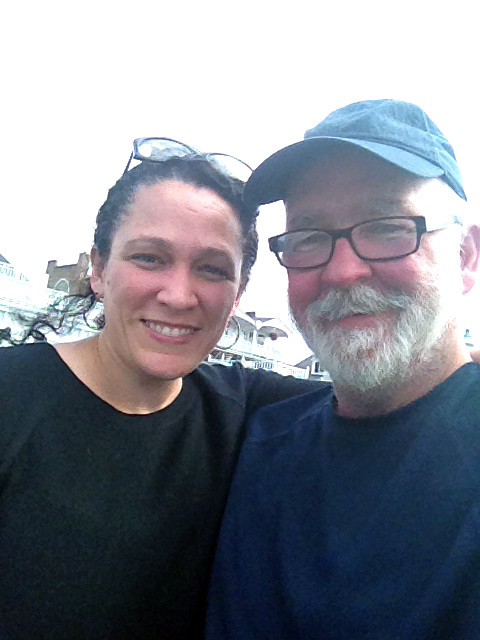 ... Rachael, or as I know her better, @Fuzzygalore.

You know all those scary stories about people meeting up through the Internet and the axe murderer is the only one who lives to tell about it?

Well, we're both alive, we had a great time meeting each other, and we ate pizza, told stories, shared philosophies about traveling alone, talked about kids and politics and doing what you love, and it was just a wonderful afternoon.

I don't care how many great photos you come back with of the new World Trade Center -- they will never compare with meeting someone new and discovering that being friends was just meant to be.

Rachael and I also talked about taking the slower ride (non turnpike or major highway) through the New England states, and that was all I could think about before I boarded the ferry to Connecticut, when I met... 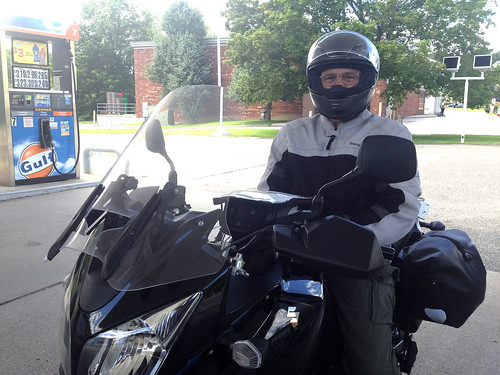 Dan was taking a three-day ride over to New England. He showed me where to pay for my ticket. He helped me find the right road out of Bridgeport. And we rode together for awhile until it was almost time to go our separate ways.

But then, as we were filling our tanks, he offered to buy me a coffee from the Dunkin' Donuts restaurant he liked to stop at when he was out for a ride.

So we had coffee, and a bagel, and we talked about the NY road system, our families and jobs, our bikes, and once again I had found a new friend.

No. I didn't take photos of all those iconic places that maybe I should have, I didn't visit those wonderful places that people on vacation spend tons of money to go see, but I found something that means much more to me than that.

And I can't wait to see who I meet tomorrow.
at July 22, 2015
Email ThisBlogThis!Share to TwitterShare to FacebookShare to Pinterest
Labels: Chasing America, Motorcycling, Photography