I've only been to Mustang Island State Park once.

It's an 18-mile long barrier island down on the Texas Gulf Coast.

Padre Island is to the south. Port Aransas is just to the north. Well, what's left of it.

I remember riding into the park, parking my bike, and the ranger warning me that mosquitoes were bad that year. And she was more than right.

I camped behind the dunes, and those little buggers pert near drained me dry. A family next to me was having a good time, cooking food, playing; the husband running around without his shirt. They obviously had stronger Off than I had on.

Around midnight, I strolled out onto the beach. The moon was full, and a slight breeze was coming in from the Gulf. I found a place to put down my sleeping bag and slept the night away.

Mustang Island is now closed due to damage from Hurricane Harvey.

Someday, I hope to go back. 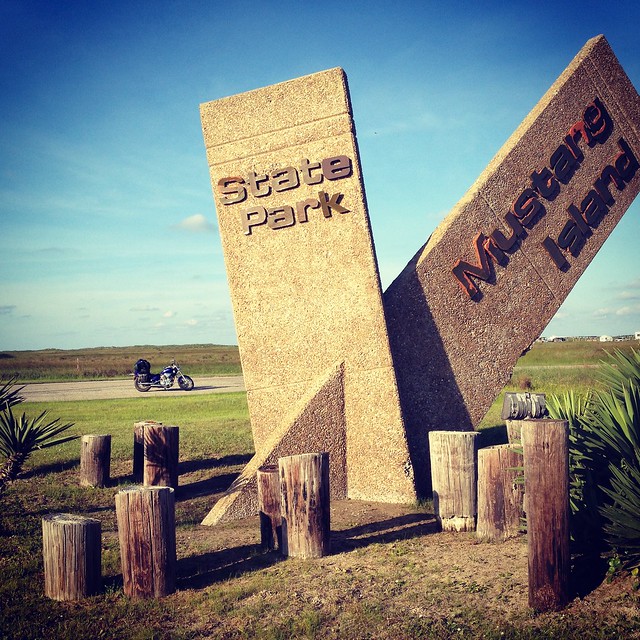 at September 02, 2017
Email ThisBlogThis!Share to TwitterShare to FacebookShare to Pinterest
Labels: Motorcycling