The king and his four cats 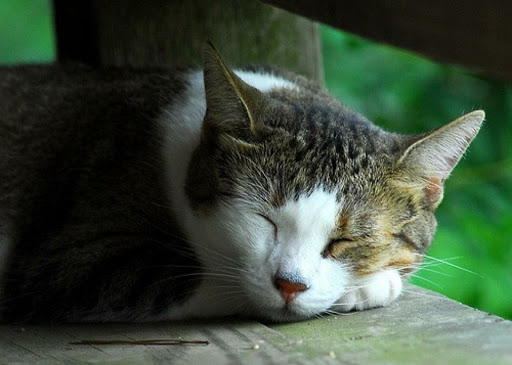 Once upon a time, in a land far, far away (but curiously much like our own), there lived a king who had four cats. He didn’t particularly like cats, but he had them because all the other kings had pet animals and cats seemed to require the least amount of his attention.

One day, the king noticed the oldest of the four cats was scratching itself because it had a flea on its back. “But since it’s just one,” the king thought, “it’s no big concern at all. Before you know it, it’ll just disappear all by itself. I’ve got this under control.”

The royal vet could do nothing but shake his head.

By the next day, the cat had more fleas. So, the king took decisive action and put flea powder on the cat – just the one because the other cats weren’t showing any signs of having fleas; besides, they were younger, more agile, and probably too fast on their feet to even get fleas, he thought.

“Now I’ve really got this under control,” the king said. “There could’ve been hundreds more of those nasty buggers, but I put a stop to that. It will soon run its course faster than you’ve ever seen before.”

Again, the royal vet could do nothing but shake his head.

By the next day, there were even more fleas. Maybe thousands more. “But there could’ve been millions more if I hadn’t put powder on that old cat,” thought the king, who was so proud of himself for being proactive. “But, I might as well put powder on the next oldest cat, just to be safe.”

And he did, even though it was a tad late. The cat already had fleas and had been spreading them all over the castle.

“Well,” said the king, “I’ll just isolate those two cats in an upstairs chamber, and the fleas will die out faster than you would ever think possible. Of course, there’s no need to check the other cats for fleas because they are the youngest and most healthy. Besides, if you look for fleas, you’ll find them, which might mean all these cats have fleas, and I can’t have that. No, I simply can’t.”

“Why are you shaking your head?” the king asked the royal vet. “I’ve got this completely under control. Better than you can possibly understand.”

By the next day, there were hundreds of thousands of fleas in the castle, and all four cats were scratching their itchy skin like mad. “Okay, I’ll powder them and isolate them all in the upstairs chamber for as long as it takes for these horrid fleas to die off. It might take weeks, or months, or years – but they WILL die off.”

But the cats started to get fussy all alone in the upstairs chamber. They howled, meowed, and growled for hours and hours until the king couldn’t stand it anymore. The next morning, he opened the doors to the upstairs chamber, lowered the drawbridge so the cats could cross over the moat, and let the cats out to roam, as all freedom-loving cats should.

And the fleas spread throughout the kingdom. Millions of them. The people were so angry with the king and his flea plague, that they approached him and asked what he planned to do about it.

“Do about it?” the king said to his subjects. “If I hadn’t found that first flea when I did, and powdered all my cats when I did, there would be billions more fleas throughout the land. Possibly trillions. But don’t worry about it. I have a plan. Some people say it’s the greatest plan any king has ever come up with. Before you know it, these fleas will be gone and out of your hair – quick and easy.”

A little boy, scratching at his flea-infested head of hair, asked the king in a little boy voice, “But when?”

“Patience, boy,” said the king. “It is what it is, and the faster you learn that, the better.”

At the back of the crowd, somebody whispered, “I think we need a new king.”

at August 09, 2020
Email ThisBlogThis!Share to TwitterShare to FacebookShare to Pinterest
Labels: A View From a Farr