Come on in, the water's fine 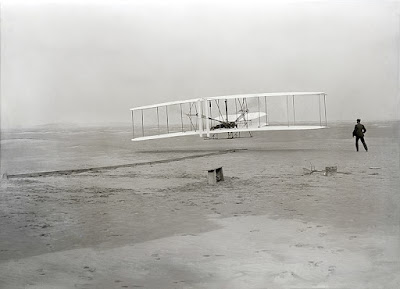 I haven’t made up my mind whether to be excited about Jeff Bezos and Richard Branson heading up to the very edges of space in their homebuilt rocket machines, or to ridicule the whole endeavor as an expensive precursor to the opening of a new roller coaster ride that you and I will never be able to afford.

Sign At Park Entrance: “Welcome to Virgin New Origin, the Gateway to the Stars – You must be THIS tall to ride, over 18 years of age and in good health (not recommended for those with heart problems), and have proof that you could purchase Greenland if you had the inkling.”

On the one hand, it might be cool to be able to brag that you went to outer space on your summer vacation: “Yep, we floated around in Zero-G for a couple of minutes, and I have the selfies to prove it.”  But on the other hand, does anybody really like being a tourist?

I hate being a tourist – walking around trying to figure out the best way to get from Point A to Point G, trying not to look like your average lost out-of-towner. My wife and I went to Chicago once. I wanted to eat at an authentic Chicago hot dog joint that I swore to her was only an easy one-mile walk away. Turned out to be five. That place is closed now. My wife no longer trusts my map-reading skills.

And that’s all Branson and Bezos were – space sightseers. They flew up to the very boundary of space, dipped their toes into the water to see how it felt, then fell back home with lofty revelations such as: “When you look at the planet, there are no borders,” Bezos said. “It’s one planet, and we share it and it’s fragile.”

Shoot. I’ve been to Four Corners and paid some money to put my right foot in Utah, but that doesn’t mean I’ve really been to Utah. And I can just imagine the astronauts on the International Space Station looking down at the whole show, rolling their eyes and mumbling, “Just what we need. More darn tourists.”

If I were rich enough to be able to afford to hitch a ride into space, I’d much rather book a hammock on the Space Station, spend some time up there, get to know the place, see the sun rise every 90 minutes, find out what it feels like to poop while floating upside down.

But on the other hand, Wilbur and Orville Wright’s first flight on their homebuilt flying machine lasted only 12 seconds, and look where we are today. I can just imagine what their parents thought when they heard the news:

“Susan, I swear those two boys are crazy.”

“Now, Milton. No need to go naysaying them for what they’ve done. Twelve seconds is a long time, I’m guessing.”

“But where will it lead? And how far can you get in only 12 seconds? You can’t even circle the block and pick up some tomatoes at the market in 12 seconds. Besides that, it’s much quicker and safer to walk.”

That was back in 1903. The brothers sold their first plane to the United States War Department in 1909. Between 1910 and 1916, the Wright Brothers Flying School trained 115 pilots, one being Henry “Hap” Arnold. Arnold, later to be known as the architect of US airpower, was eventually appointed the first (and so far, only) five-star General of the Air Force.

And in 2021, after 118 years of powered flight, two billionaires and their friends tiptoed just beyond the surly bonds of Earth, and didn’t barf up their breakfast. At least I can give them credit for that.

at July 29, 2021
Email ThisBlogThis!Share to TwitterShare to FacebookShare to Pinterest